We designed the Baltimore Women in Tech (BWiT) Micro Grant program to help women get more involved with the local Baltimore tech scene. Our original plan was to provide $5,000 in funding to help get grassroots ideas off the ground.

These grassroots programs were organized by women, for women. With the exception of SmartLogic's president, who signed the checks, everyone involved in the program was a woman. Our seven-woman selection committee included Claudia Jolin-Freeland of Downtown Partnership of Baltimore, Valerie Walters of emocha Mobile Health, Jacqueline Albright of the ETC, Ellen Ambrose of Protenus, and Ashley Jean of mdlogix. Two of us represented SmartLogic, Paige Bolduc and myself.

Together, we looked at the potential impact each project would have on the city, and the project's creativity, innovativeness, and capacity to grow. The selection committee wanted to fund programs that would be able to grow and really make a deep impact on women within the city.

We were successful in that endeavor with the eight projects we sponsored: Moms Who Tech, Rosie's List (now known as Queer Women's Network), B-360, Baltimore's Gifted: Art & E-commerce, the Wearable Electronics Workshop, Decode Me Space, Internet Intelligence, and Girls in Tech Day.

We originally planned to provide $5,000 in funding with a maximum of $1,000 for any single project. After all the applications were reviewed, the selection committee requested an additional $950 for funding, bringing the total to $5,950. The recipients were permitted to use the grant money for almost any expenses associated with their projects.

By the end of the program, we had dispersed $4,041 of the $5,950 approved. Three of the eight projects weren't completed. Of the five programs that were completed, two were slightly under budget, and the fifth came in right at budget.

Each of the projects we funded succeeded in making a sizable impact on our community. What follows is a high-level overview; more details are provided in the Baltimore Women in Tech Micro Grants Program Impact Report.

Overall, the program affected over 1,300 people in the Baltimore area, who ranged in age from 3 to 50+. They included elementary and high school students, college students, moms, queer women in tech, professional women, and event the State's Attorney for Baltimore, Marilyn Mosby, who spoke at Decode Me Space's inaugural event.

During the 18 BWiT-sponsored events, grantees provided 145.75 hours of programming. These programming hours were spent teaching moms valuable technology skills for their businesses; female high school students how to program Arduino necklaces; young adults and children important STEM skills via dirt bikes; and young adults how to deal with emotions that stem from bullying. Websites were created for Decode Me Space and Queer Women's Network, the latter still in beta testing. The recipients formed nine new partnerships with various Baltimore institutions as a result of the program with other organizations such as Year Up, Liberty Rec Center, GLCCB, and the Girl Scouts of Central Maryland.

When SmartLogic decided to host the Baltimore Women in Tech (BWiT) Micro Grant Program, I knew I would have a lot to learn about organizing and running a micro grant program - and boy was I right about that.

Paige Bolduc and I both learned a lot. I'll break down the lessons we learned, to give any aspiring micro grant program organizers guidance, and to give applicants a look behind the scenes. Feel free to comment with any advice or feedback on how the BWiT Micro Grant Program can do better.

I am really happy with the outcomes of the program. I felt like we went through a thoughtful process of selecting both the selection committee and recipients. I made a lot of new friends and great connections, and I was happy to be a part of a program that worked to empower women in tech.

I would like to see us host the program again in 2018 with some changes: A Reasonable Development at SmartLogic 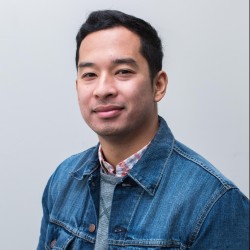