How I Organize Terraform Modules: OFF the Beaten Path

A few times now in my "devops" career, I have, upon arrival to a new codebase, run into somewhat complex terraform modules that an author (or a small team) didn't have too much trouble getting initially written and stood up (once), but about which there is now some apprehension over ... venturing back into the forest.

In trying to tame intimidating terraform complexity, I have become something of an unorthodox (ar)ranger, a skeptic of the clean-signposted trail, and a believer in blazing trails over following the most common organizational patterns.

Join me on the road less traveled by, and perhaps that will make all the difference. :-)

The Danger of an Omniscient Tool

Terraform employs a paradigm of "declarative infrastructure as code". [1]

It is far purer in its declarative semantics than, say, most Ansible roles or Chef playbooks. Terraform HCL (or JSON) is a manifest language in which you declare resources with respect to (at best) only their immediate dependencies. The software is responsible for constructing (then walking, possibly pruning, and finally building provisioning execution plans from) a dependency graph

By design, terraform the golang program, does not care where—within a single folder's collection of .tf files— you declare any particular resource, external input (variable or data), or output. It does not care how many files there are or in what order they sort. It views the folder ("module") as essentially a single unordered data blob.

terraform has, within the domain of a TF module, a third person omnicscient perspective with as much memory as the OS will provide. Sadly, we deficient human users are stuck merely in a first person POV, with a limited 7±2 item working memory.

Thus, it is critically important to humans, even as it is irrelevant to terraform, that terraform HCL is written so as to provide locally comprehensible context. and I would/will argue the best way to deliver a consistent context is to provide a ~comprehensible narrative.

While the terraform-writing community is definitely not blind to this concern, there is only vaguely any consensus as to how to address it: little advice is given, and what is suggested is, in my view, misguided.

You are new to this whole terraform thing, but coming from the world of programming you assume there must be best practices to follow. Given little advice on organization by any docs, you turn to community examples. You find:

(Provided you catch that it exists,) you head over to https://registry.terraform.io/. You click on the top few modules and through to their GitHub repos. These all look rather the same. You can discern something of a pattern.

Looking at the patterns, you determine that for any given module, you should:

If instead or after, you google "how to organize terraform", you will get basically this advice from the first few results; amongst a few other tips.

Why It Seems Good

I, of course, don't know why various people ultimately choose to organize things this way, but I have some key guesses.

This approach optimizes for a few useful things:

Why It Isn't Good Enough (Sufficient)

The above are good and important properties, but I think they are insufficient.

I think that indeed they are fine and dandy and capture much, perhaps all that you need: for a steady state, for a one and done, for a published small example, for the kingdom perhaps of a single author.

But alas code is rarely ever done. And infrastructure as code is no exception. What the ON approach leaves lacking are several key questions for a growing codebase into which developers come and go. Some examples:

It also provides no obvious approach for partial application (beyond terraform's -target ) nor hints at what can be easily refactored into another module.

Why It Isn't Even Really Good (Necessary)

It is true that it's super easy to track down all the variables by keeping them in variables.tf; It is not much harder to track them down by running ag '^\s*variable' . Ditto if you know what you are looking for and want to figure out what file to look in, search is a more efficient tool than reading all the file names and guessing.

Additionally, there is the element of documentation. If you look at https://registry.terraform.io/ or GitHub READMEs, you'll likely find inputs and outputs in tables. If you run terraform-docs you'll get the same.

Looking for Other Options

Once I realized the shortcomings of the common patterns, I decided to try something else.

In trying to determine how I should organize things instead, I drew inspiration first from how people organize individual files (often main.tf) and second, some guesses at a couple of the psychological factors that I think led to the present approach:

After some experimentation, I have arrived at a pattern I now follow (for terraform modules, as well as for helm charts and occasionally other similar things). It differs from the above (ON approach) substantially. I like to think of it as "writing the story/narrative of the infrastructure". It works as follows:

The value of this approach is in answering the questions I said above that ON failed at.

As a practical matter, it also becomes possible when executing a module for the first time, or setting up a duplicate for development or debugging, to build out only a first fraction of the module.

Say you have a module which sets up a managed kubernetes cluster and then (in higher n files) adds some cluster level services (e.g. cert-manager, cluster-autoscaler ; using helm_release , kubernetes_stateful_set or perhaps, k8sraw_yaml resource), if you want to work on terraform which adds a new one, you could rm all the others and just have it build out to the cluster level (then e.g. git restore the other files before you commit)

terraform apply -target is great when you only want to build one or two things, but having the ability to "move the goalpost" can also be powerful.

To restate what I said above:

Rule of thumb: if [a variable is] declared in [a] file, it [should be] used only in [that] file

Terraform won't enforce this (though it would if you went the extra step, per footnote 4, of actually making every file a directory with a file(s) in it). But it really is what makes the file-module concept more manageable long term vs the main.tf or type-separated files.

But alas, it is also not always realistic. If you want to keep your files reasonably small in scope, you may ultimately need to pass some variable(s) to more than one file. Examples of such things: a DNS suffix, a subnet CIDR or VPC, a common prefix for resources.

For these variables, but again not all variables, I recommend the usage of an _inputs_foo.tf file, where foo is some description of what they are (_inputs_subnets.tf, _inputs_dnsname.tf).

These files may also be an appropriate place to put data sources like virtual image ids, dns zones, and especially if you are using it, terraform_remote_state. There should not generally be resources in these files. If there are data sources (or against my advice resources) in these files, I recommend declaring a locals block at the bottom of the file with "module local ouputs" of the specific fields you expect for resources to use. This makes them more like variables and slightly easier to trace the usage of than dotted data.foo.bar syntax.

There is a similar issue with outputs (likely maps) which wrap up data from more than one file's worth of resources. If an output comes from resources in a single file, it should be in that file. If not, it should be in a _output_foo.tf (or perhaps z_output_foo.tf if you want them ordered at the end; you could also use a numbered file that succeeds the last needed resource.)

To refute the generally true expectation that if by the end of a file, nothing from a resource declared therein has been outputed, it won't be elsewhere, I recommend adding a bottom of file locals block, like I suggested for data providers above to suggest a "module local output" (in this case to be consumed by a module exiting output). You may also find it useful to use such blocks for relevant details passing from one stage to the next.

(Mitigating) the Downside of Numbering

It is true that if you insert a new stage anywhere but the end of a module, you will have to renumber your files. It may behoove you to commit this rename separate from further modifications to hint git and GitHub about the files history (though with enough changes it may be truncated anyway).

In practice, with practice, the middle of the story insertion of a scene or stage is less frequent than you might worry. Indeed the stages can take on something of a semantic connotation themselves:

(Of course this is not always true, I have, for example, a module with : 0-users.tf, 1-iam-policies.tf[7], 2-groups_and_memberships.tf – though you could argue that the policy is the meat of that sandwich)

Following this soft convention, you can conceivably foresee reasons to not always start at 0 when creating a new module.

If a file-module uses external files with the file() or templatefile() helper, or indeed if a file declares a module statement for a logical submodule, I generally recommend biting the bullet and prefixing those files or that directory with (something that sort the same as) the name of the file, e.g. 3-vault-user-policies.tf and 3-vault-user-policy-admin.hcl.tpl .

I have also occasionally used some other non-numbered files I thought I'd quickly share:

Thus I have presented my heresy. It is a pattern that has served me well and about which I have ultimately heard few complaints from coworkers.

It has made complex terraform modules (and helm charts, but obviously .yaml instead of .tf) more approachable and invited more people to jump in and make changes in them.

It's not a perfect solution and I do sometimes depart from it (especially where you truly do find unordered sets of independent resources: a set of IAM policies, a submodule per application instance, etc.), but it is my go-to approach, and I suspect it will be for the foreseeable future. 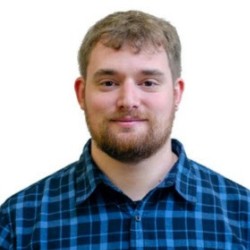